If you follow this opening range breakout strategy you can easily sell short the SPY ETF for a day trade.

These patterns also work in the gold market, the only difference being that you go long gold when you see them.

Let's take a deeper look at why you want to short SPY when three very specific things happen.

All financial markets go through cyclical periods of calm to periods of panic and mania.

You can make lots of money by watching this periodic behavior, creating your own opening range breakout strategy

The key is to look for periods of calm, and then short a the period of mania that sometimes occurs directly after.

Let's look at some examples of this opening range breakout strategy shorting the SPY ETF: 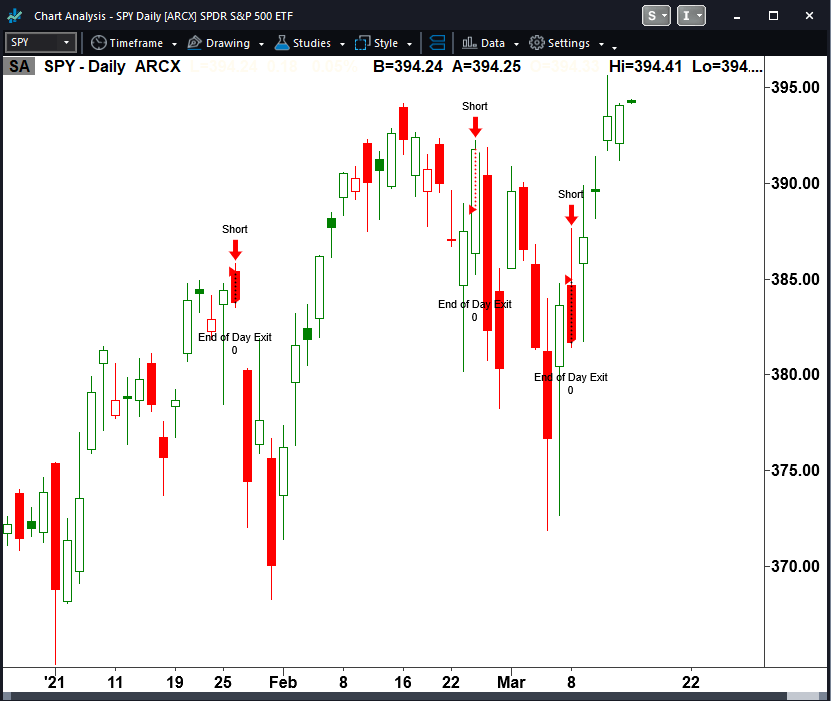 We first want to look for a day with a larger than average range (the high minus the low).

Many different trading platforms have pre-built in functions that calculate the range of a day for you.

For this opening range breakout strategy, I use TradeStation's function simply called "range".

This function takes the high of the day and subtracts the low of the day, pretty simple huh?

This can be done easily by multiplying the average true range (also called "ATR") of SPY times the current day's range so we can dynamically get a normalized value to days in the past.

Average true range is just like it sounds, it's a function that take the averages of the ranges of X days.

This might sound complicated, but in our opening range breakout strategy it turns out to be pretty simple, let's look at the code:

Remember we want to see SPY's range today to be a larger than its average times a certain amount.

The Strategy: Did SPY Close Higher Than Its Open?

Lastly we want to make sure that today was an up day (i.e., today's close is higher than today's open):

This give us extra confidence that if tomorrow SPY starts to rally, we should short it at a certain point above its opening price.

If all three of these conditions are met in our opening range breakout strategy, we want to place a limit order to short the SPY ETF at the close of today plus a little bit.

Here's what your short limit order should look like in pseudo-code:

By placing the limit short order ABOVE today's close plus a little bit we set ourselves up to profit from the fact that the S&P 500 loves to revert back to its mean price, which was lower. 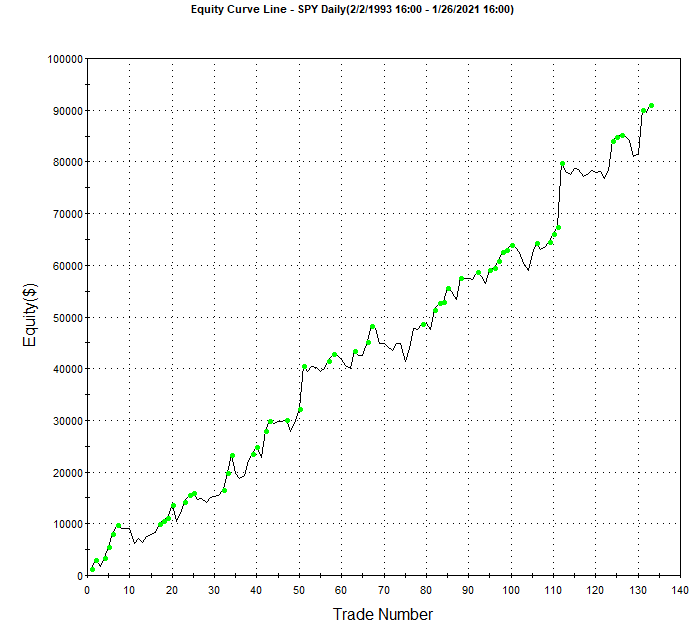 It may seem like the rules to this opening range breakout strategy are complicated, but they are actually very simple.

That's what you want in all you're trading systems.

I like to think of building trading systems like trying to build an earth quake proof building.

The simplest solution is no building at all, right?

But we need a building, so we want to make the building very short and very simple.

The higher (more complicated) the building, the more likely it will come crashing down.

The more complicated the rules (higher the building) the more likely it will take your account down in the next earth quake. 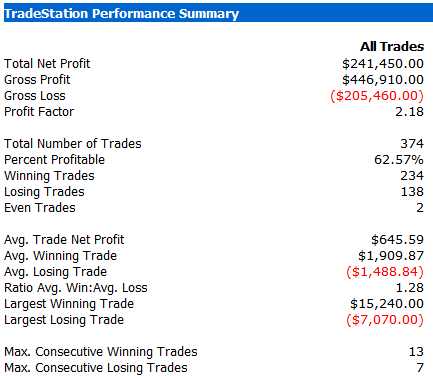