by Kurt // in Trading Systems

Seems like flash crashes are happening more and more regularly.

Then let's build a super simple trading system to make money during these nasty events.

Exchanges have a horrible flaw During Flash Crashes

Flashback to May 6th, 2010: the market started crashing so fast that my broker was swamped with quotes, delaying my data feeds by 3-5 minutes.

Everyone was rushing for the exits as if someone yelled “fire” in a crowded theater...

All the high-frequency bots that provide liquidity shut themselves off, leaving hardly any contracts at the bid and ask prices.

Luckily my trading algorithms were only slightly in the market, or I would have gone bankrupt that day because orders couldn’t get executed in a reasonable amount of time.

Now it’s not like I was running my trading setup from my house. I’d planned ahead.

I host all my strategies on a dedicated server in the cloud.

The Exchanges Do Not Talk To Each Other!

The NYSE had shut down after a breaker tripped, flooding the smaller exchanges like ARCA with orders.

You heard that right, your "stop" is instead actually "simulated" by your broker!

The markets are flawed…especially at the micro level. The exchanges and brokers haven’t really thought through all scenarios.

The building might stand for a few years, then POOF! It’s swallowed whole by the earth below.

Flash Crashes Are Triggered by Leverage

"News" outlets are quick to find the headline scapegoats, but they're rarely the reason behind these flash crashes.

It is literally the selling that becomes the news.

Wave after wave of stops are triggered during these moments.

People in the futures market that are holding millions if not billions of dollars in S&P 500 futures contracts are forced to sell; with that much leverage a whole firm can go bankrupt in a single day.

The selling became the news!

What Other Dataset Can We Look At?

The dataset I could never get to work no matter how much I banged my head against the keyboard in frustration was sentiment data.

It was like trying to squeeze blood from a pet rock.

Sentiment is just an opinion, and oftentimes, opinion is formed by price action.

In my work, sentiment data such as the AAII didn't provide any extra "crystal ball" predictive power compared to price-based strategies.

But now let's look at a common dataset that is thrown around the media that you can use, although with some tweaking of course.

Trade Flash Crashes With Your Own Vix

People often point to the VIX or "fear index" as a great way to tell when the market has moved too far down too fast.

And it is, especially during a flash crash.

The problem is how do you know what "too far" is?

Historically, the VIX is all over the place.

Take a look at it over the last 20 years and you'll see it fluctuate more than a hula doll on your car dashboard going over a bumpy road.

How in the world can you use a data set that seems to arbitrarily float around?

The key (as with most time-varying data sets) is to:

A super easy way you can do this is using this simple formula:

All this formula is doing is looking at the range of prices over the past month (around 21 trading days) and dividing by the high of the past month.

Plug in the price of the S&P 500 and BOOM; you got yourself a synthetic VIX that can be used in trading models. 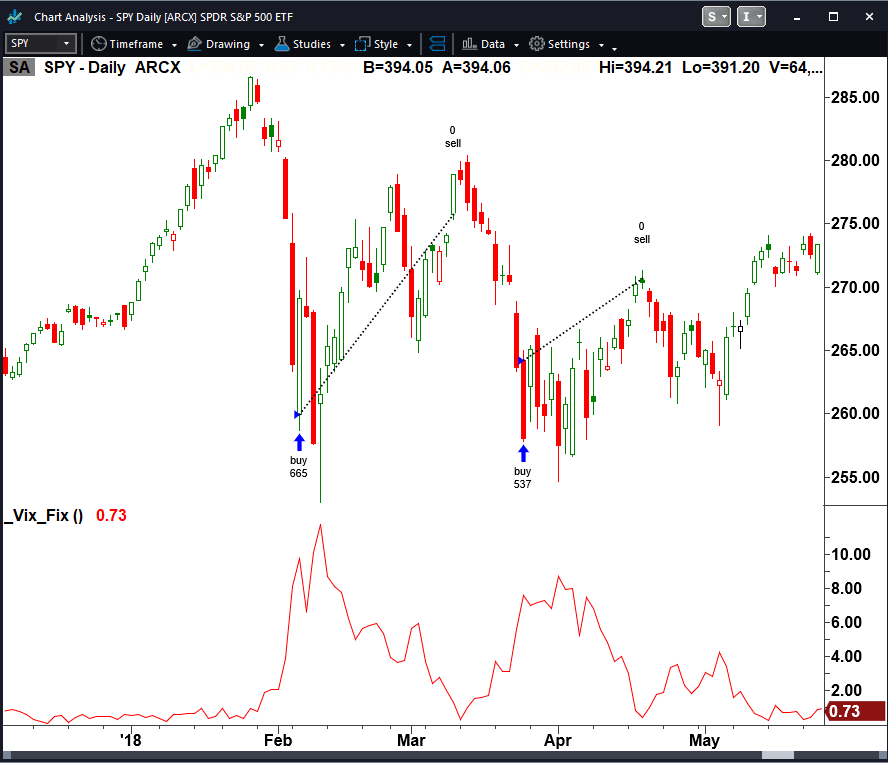 The VIX is just another Product

Yup, the VIX is just another made-up "indicator" that someone is trying to sell you.

The "fear index" is literally nothing more than just looking at the normalized price of the stock market over the last month.

Now, since we now have an objective means to measure these extreme swings in price let's make a real-world trading system that you can use to make money.

Similar to the SPY swing trading system, let's write down some super simple rules for the S&P 500:

Let's translate these rules into 3 lines of code and see what the computer tells us:

When we buy and sell (in a bull market) the wild ride of the Synthetic VIX we get some great results since 1960 using the S&P 500: 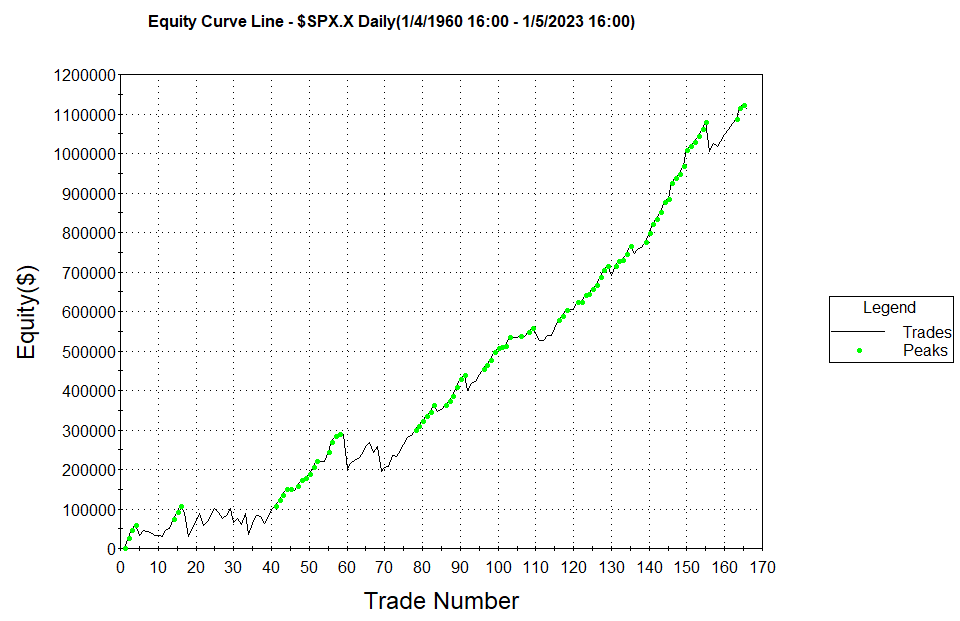 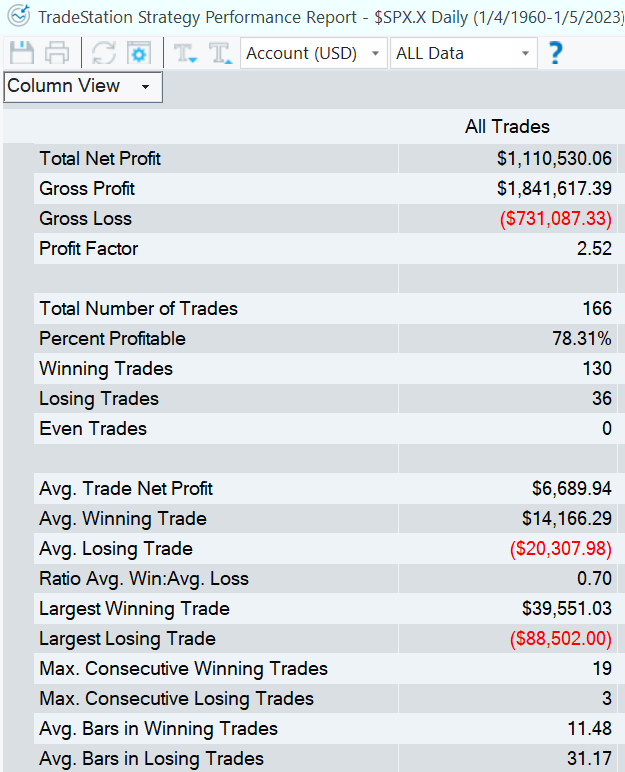 But all the money in the world isn’t worth it if you’re always stressed out...

Fast and furious day trading is not for me anymore.

I’d rather be relaxed, enjoying life to the fullest instead of working on an ulcer.

It’s the over-use of leverage that’s killed more accounts – and more often than not, it’s from leveraging with derivatives - one of the reasons these flash crashes happen to begin with.

One thing that strikes me as odd is how many people look to leap out of the frying pan of their daily routine, only to jump into the fire of trading.

Staring at quotes all day…watching CNBS…are just ways of separating you from your time on this planet.

You've got better things to do with your time.

Hello! I'm Kurt, the "Relaxed Trader" writing the stuff on this website. I love talking to fellow traders that want to use computers to beat the stock market. Shoot me an email at kurt@relaxedtrader.com or leave a comment below!

The RSI Trading Strategy That’s Been Working Since 1920

Please log in again. The login page will open in a new tab. After logging in you can close it and return to this page.