Ever since, the stock market’s behavior has become more volatile in the short-term due to the tremendous leverage that traders can use to their advantage (or demise).

In this post, let's explore the hotly debated question, does technical analysis work?

You should start paying attention to the S&P 500 futures market because it's what really controls the broader stock market.

It's "the tail that wags the dog" so to say...or maybe more like Captain Smith at the helm of the Titanic.

So why did technical analysis die that day?

(Personally, I don’t think it was ever alive)

It was the leverage provided by these new stock index futures - it changed everything.

I'll demonstrate why you should never trust technical analysis again with a common occurrence we've all faced.

They Got My Stop Again!

Have you ever bailed on a stock because it broke support - or moved your entire portfolio into bonds because the S&P 500 broke support?  (This is one of the tenets of technical analysis "theory").

You can raise your hand, nothing to be ashamed of; we've all done it.

And the reason you did it was because the analysts (or your advisor) put the fear of God in you...

They warned you that if you don't move out of this or that stock - or stocks in general - and support is indeed broken...

"There will be hell to pay!  With a lot more downside to follow!"

At face value that makes perfect sense, but I never put much stock in face value, so I actually did some analysis of my own.

As it turns out, buying a support break in the S&P 500 has actually been profitable 74% of the time for the last 40 years!

How's that for a kick in the pants?

Check it out for yourself; here's a famous example right after the Brexit vote in 2016: They got my stop again!

Clear as day, no sooner had support been broken - when BAM!  The S&P 500 shot higher - way higher!

It goes against popular wisdom, which is to sell your losers and ride your winners.  But you can't argue with the facts.

And if the "technical analysts" had looked deeper into the data, like I did, they would have discovered that from 1920 to 1982, whenever the stock market broke support, the right move was for you to absolutely get out of Dodge!

But that stopped being true in 1982 - the year index futures were created and sold to investors.

If the "pros" on TV, newsletters and the internet ever did their homework they would realize that "technical analysis" had gone the way of the dinosaurs.

"Technical Analysis" Tested All the Way Back to 1920: 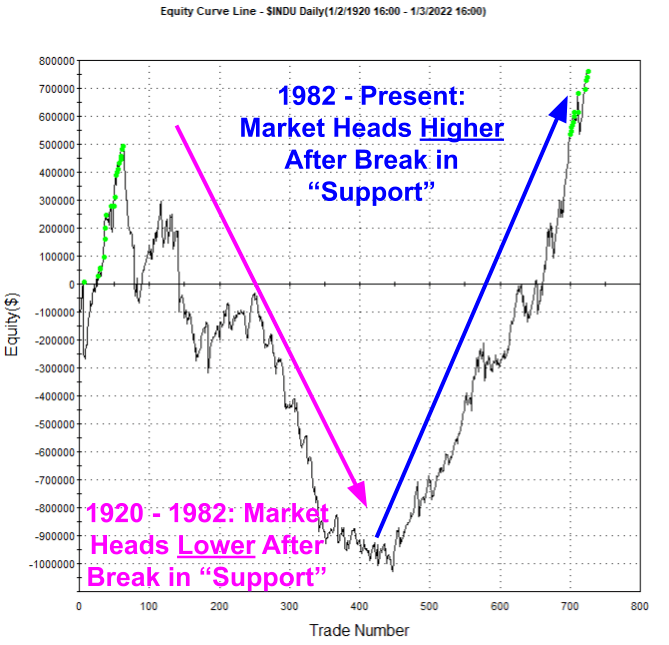 Buying a Break in "Support" Works in Your Favor Now

The Program That Proves Technical Analysis Is Garbage: 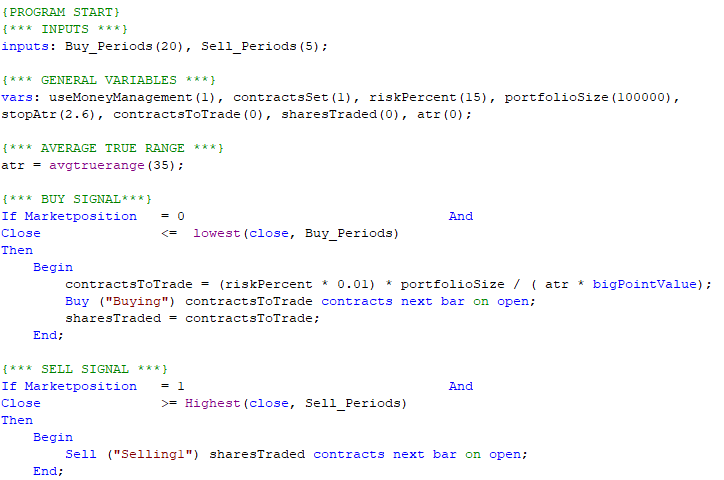 The fundamental character of the stock market changed that day in 1982 and technical analysis became as useless as a wooden frying-pan.

The S&P 500 had transitioned from a trending market to a mean reverting market.

(Also called "reversion to the extreme")

Investopedia has a decent definition of mean reversion here.

And by understanding this one fundamental principle alone, you can really clean up. 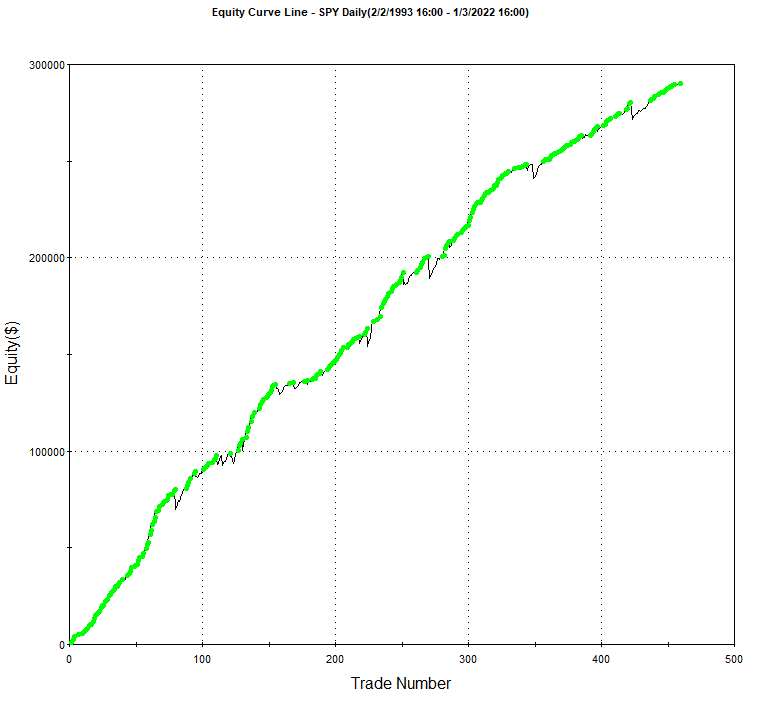 A Simple Strategy That Buys Breaks in "Support"

You Need a Paradigm Shift - Not Technical Analysis

So, if you feel like the stock market is rigged, you’re not alone.

But that doesn’t mean you can’t beat it.

You’ve just been following the wrong advice from the wrong people, listening to “pros” that got their ideas from theories that died decades ago.

Take this to heart; you really need a paradigm shift, a new way of thinking.

The old way was fooled by randomness, called "Pareidolia" (i.e., looking for patterns on stock charts is the same as looking for shapes in the clouds).

I've written before how pareidolia will drive your trading account to zero.

The old way didn’t have the benefit of using computers to do the heavy lifting.

But now we do.

If you’re listening to someone that can’t prove what they say is true with a computer, it’s time to toss them to the curb.

My mission is to expose you to the world of TESTED analysis and debunk the non-scientific quackery of "technical analysis".

Is ETF Sector Rotation The Key To Riches?